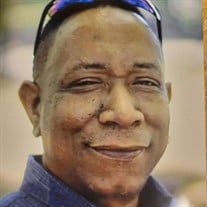 Cortez Micheal Robinson was born to Cortez Robinson and Jean White on a cold winter afternoon on December 15th, 1960. Having no means of transportation, Jean and Cortez walked two blocks in labor where they were able to secure a ride to the hospital from a police car that just happened to be at the end of the street. He spent his early years being raised in the Tremont area of the Bronx, NY until 1970. After which, the Robinson family moved to Freeport, NY where Cortez was enrolled into Holy Redeemer School. Cortez then went to Freeport High School where he played along with many lifelong friends on the Freeport High School Football Team, served on the Black Student Union, and developed a love for photography. After graduating Freeport High School in 1978, Cortez attended Rochester Institute of Technology for two years, earning his Associates Degree. After graduating college, he worked as a teacher’s assistant at a school for children with disabilities. In March of 1986, Cortez started his career at Nassau County Department of Social Services, where he would work as a Social Welfare Examiner for over 30 years, retiring in December 2020. At DSS, Cortez met Jeannie Dobson whom he later married in October 1992 and their union blessed them with their beautiful daughter Alicia, who was born on April 29th, 1993. Cortez and his daughter had an amazing relationship and he was never too far away from her to show her love and support in all endeavors as she grew from girl to woman. He grew prouder with every accomplishment that she achieved and if you asked Cortez, his greatest success wasn’t his football legacy or his career. It was being a father. Cortez was able to enjoy almost 2 years of his retirement before he went on to be with the Lord on Friday, March 11, 2022. Cortez will always be remembered for the warm, loving, witty, fun-loving, considerate, amazing son, brother, father, and friend that he was. Cortez Michael Robinson is survived by his father Cortez Robinson, his mother Jean Robinson, his daughter Alicia Robinson, his brothers Sean Robinson and David Cooley, and his sisters Gail Cooley and Linda Cooley-Banks along with a vast number of family and friends.

Cortez Micheal Robinson was born to Cortez Robinson and Jean White on a cold winter afternoon on December 15th, 1960. Having no means of transportation, Jean and Cortez walked two blocks in labor where they were able to secure a ride to the... View Obituary & Service Information

The family of Cortez M. Robinson created this Life Tributes page to make it easy to share your memories.

Cortez Micheal Robinson was born to Cortez Robinson and Jean...

Send flowers to the Robinson family.